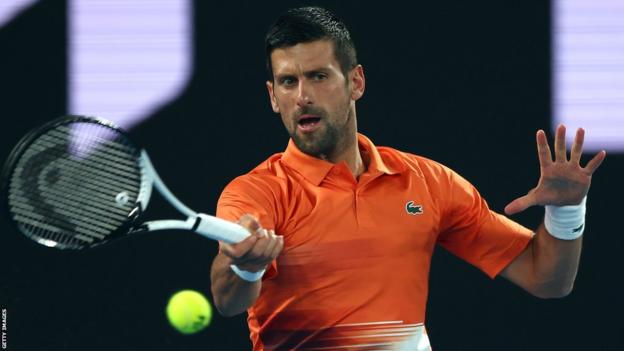 Andy Murray will face a tough start to his Australian Open campaign against Matteo Berrettini as Novak Djokovic makes his return on Tuesday.

Serbia’s nine-time champion Djokovic returns a year after his controversial deportation saw him miss the Slam.

Elsewhere, Britain’s Dan Evans faces Argentine Facundo Bagnis as he bids to join compatriots Cameron Norrie and Emma Raducanu in the second round.

Former world number one Murray, 35, is currently ranked 66th and his unseeded status leaves him vulnerable to difficult draws at the majors, as evidenced by his difficult opener against 2021 Wimbledon runner-up Berrettini.

But the three-time major winner says he feels healthy and has “no timeframe” on retirement – four years after he feared the 2019 tournament could be the last of his career. 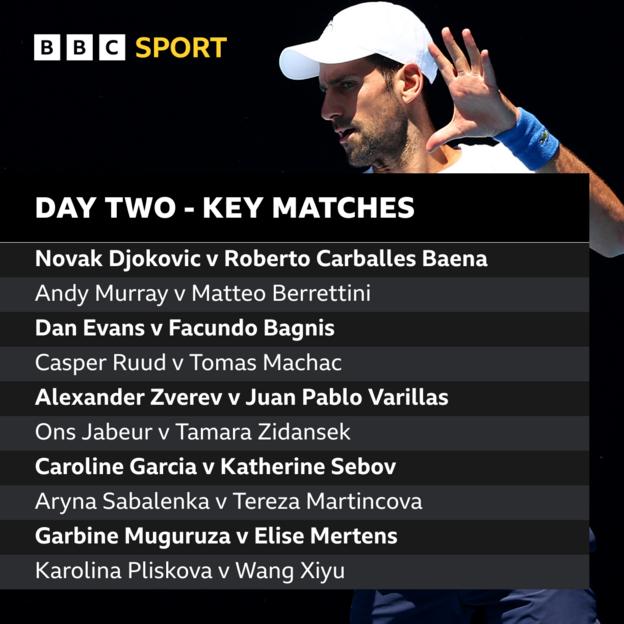 Djokovic, unable to compete at last year’s event because of his Covid-19 vaccination status, said the reception he received on his return to the Australian Open in a practice match with Nick Kyrgios last week made him feel “emotional”.

The Serb, 35, begins his bid for a record-extending 10th men’s title versus Spain’s Roberto Carballes Baena, having clinched his 21st Grand Slam title at Wimbledon in July.

Before Djokovic’s match, Jabeur – runner-up at Wimbledon and the US Open last year – takes on Slovenian Tamara Zidansek on Rod Laver Arena from 08:00 GMT.