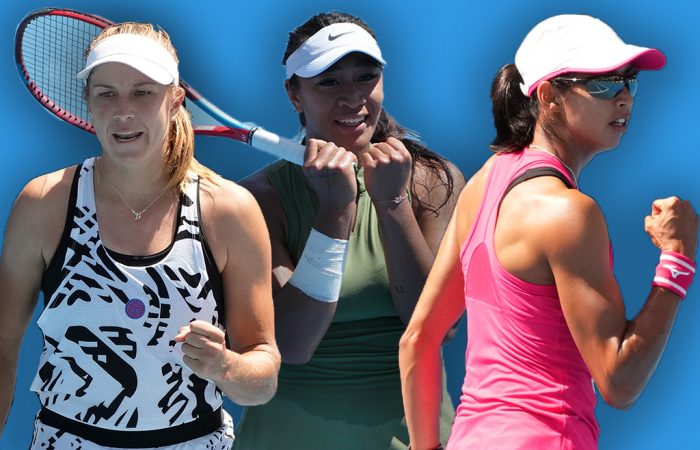 Five Australians have advanced to the second round in the Australian Open 2023 women’s qualifying singles competition.

This is only the fifth time this has happened in an Australian Open women’s qualifying singles draw in the past 30 years.

All play their second-round matches at Melbourne Park today.

Tickets to attend Australian Open qualifying are just $5 for kids and $10 for adults. Fans will also be able to see some of the world’s top-ranked players compete in practice matches while at Melbourne Park.

[WC] Destanee Aiava (AUS) v Arianne Hartono (NED)
Women’s qualifying singles, second round, 1573 Arena, first match (from 10am AEDT)
Aiava, a 22-year-old wildcard, made a promising start to her qualifying quest, scoring a first Grand Slam-level win in three years. After battling off-court struggles in the past year, the big-hitting world No.325 is embracing the opportunity to compete in her “favourite tournament”. Her second-round opponent, 26-year-old Hartono, is aiming to qualify at the Australian Open for a second consecutive year. World No.237 Hartono eliminated 19th seed Ylena In-Albon in the first round.
Head-to-head record: First meeting

Zoe Hives (AUS) v Victoria Jimenez Kasintseva (AND)
Women’s qualifying singles, second round, Kia Arena, second match
At world No.770, Hives is the lowest-ranked player in this year’s women’s qualifying singles draw. Yet the 26-year-old Victorian is proving she can challenge the world’s best. After two years sidelined with illness, Hives qualified at Wimbledon in her return last season. To achieve the same feat at her home Grand Slam, Hives must overcome a highly rated Andorran teen in the second round. The 17-year-old Jimenez Kasintseva is ranked No.184 and won the Australian Open 2020 girls’ singles title.
Head-to-head record: First meeting