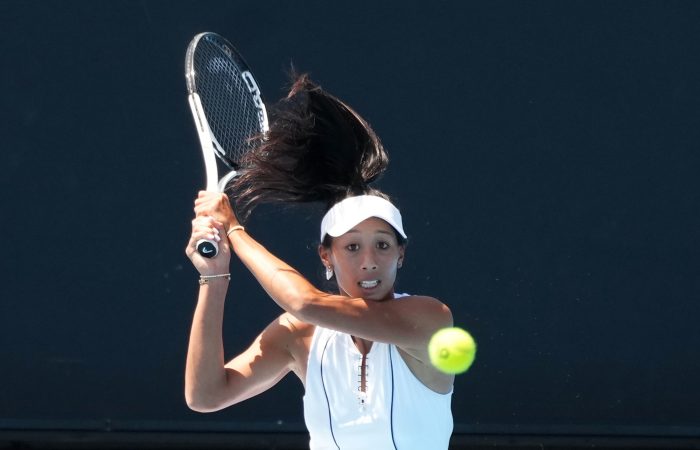 Priscilla Hon was one of five Aussie women to exit in the second round of Australian Open 2023 qualifying today.

Australian hopes have been dashed in the Australian Open 2023 women’s qualifying singles competition.

Five Aussie players had advanced to the second round, which was only the fifth time this has happened in the past 30 years. But, unfortunately, none have progressed to the final round.

Destanee Aiava came incredibly close to matching her run to the final round of AO 2020 qualifying, before falling 3-6 6-3 7-6(6) to Dutchwoman Arianne Hartono at Melbourne Park today.

The 148th-ranked Hartono was steadier at crucial stages of the match, with Aiava’s 51 unforced errors – 25 in the final set alone – hurting her chances.

Unforced errors were also costly for the 26-year-old Victorian – 31 in total, to just five winners – especially against the relentless play of the 17-year-old left-hander, who wrapped up victory in 63 minutes.

The qualifying quest of world No.169 Priscilla Hon, the top-ranked Australian in the draw, ended with a 6-2 6-2 loss to Canada’s Katherine Sebov.

A misfiring Hon struck three winners and 30 unforced errors against the world No.191.

Tickets to attend Australian Open 2023 qualifying, which concludes tomorrow, are just $5 for kids and $10 for adults. Fans will also be able to see some of the world’s top-ranked players compete in practice matches at Melbourne Park.