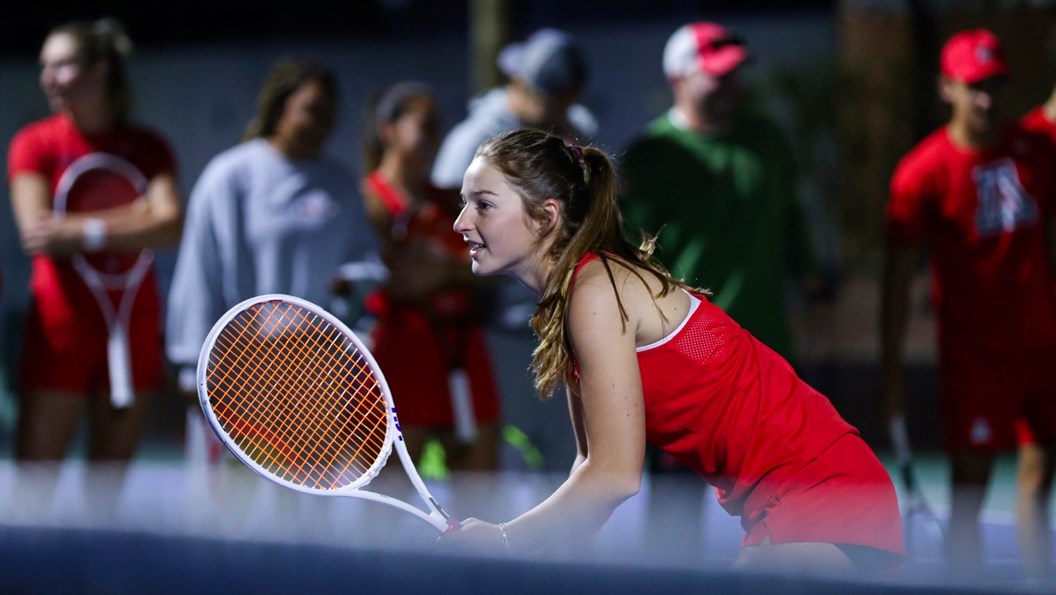 Starting Off Strong – The Wildcats defeated UTEP 5-1 on Sunday, Jan. 15 in their first of 16 home matches. Although they dropped the doubles point, the Women’s Team proved to be victorious in singles play, winning all five matches in straight sets. Sophomore Parker Fry clinched the match at the No. 4 spot and freshman Tanvi Narendran secured her first dual match singles win at the No. 3 spot.

Looking Ahead – After the team’s doubleheader, they hit the road to College Station, Texas for ITA Kickoff weekend where they compete against No. 18 Florida in round one on Saturday, Jan. 28 at 2 p.m. MST. In the following round, they will play either No. 5 Texas A&M or Florida Atlantic University. Then the Cats are back at home for three matches between Feb. 3-4.