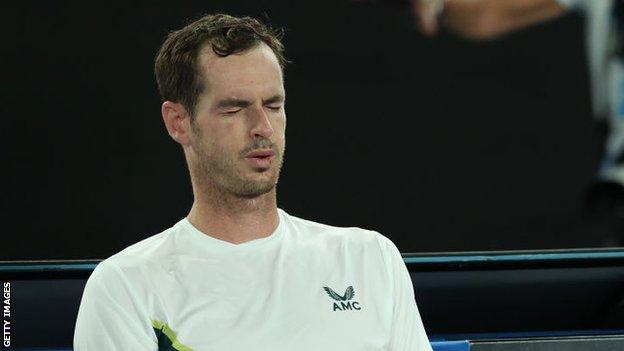 How does Andy Murray keep managing to leave us all stunned? He’s a 35-year-old with a metal hip, for goodness’ sake.

Even Murray looked like he could not quite believe what he had done, puffing out his cheeks after a thrilling five-set victory over Italian 13th seed Matteo Berrettini at the Australian Open on Tuesday.

He spent almost five hours on court, saving match point at 5-4 in the deciding set before winning the tie-break 10-6.

Some of Murray’s fellow players were glued to screens watching the British three-time Grand Slam champion put in a vintage performance that legendary sports stars and mesmerised fans on social media could find only two words for: Andy Murray.

The magical moments keep appearing for the former world number one – even after the hip surgery that no other singles player had ever returned from.

Many had written him off. Murray himself almost had.

When the Scot burst into tears at Melbourne Park before the 2019 tournament, it was because he thought a hip resurfacing operation – where the head of the femur is covered with a metal cap – would signal the end of his career.

The journey back has been long and arduous. There have been lows – particularly recent defeats at Grand Slams – which left him wondering if all the hard work was worth it.

Therefore, it was apt the latest exhilarating high of his rollercoaster ride came back in Melbourne.

Murray, a harsh self-critic, even allowed himself a pat on the back.

“Over the last few years I’ve questioned myself at times. There’s certainly a lot of people [who have] questioned me and my ability, whether I could still perform at the biggest events and the biggest matches,” he said.

“I felt very proud of myself after the match. That’s not something that I generally felt over the years at the end of the matches.

“I’m really proud of how I fought through that match when it could have got away from me, how I played in the tie-break at the end.

“I was impressed with myself, which again is not something I often do. I’m hard on myself usually.”

‘You can see the gladiator in him’

Against Berrettini, Murray displayed all of the qualities which have endeared him to many over the years.