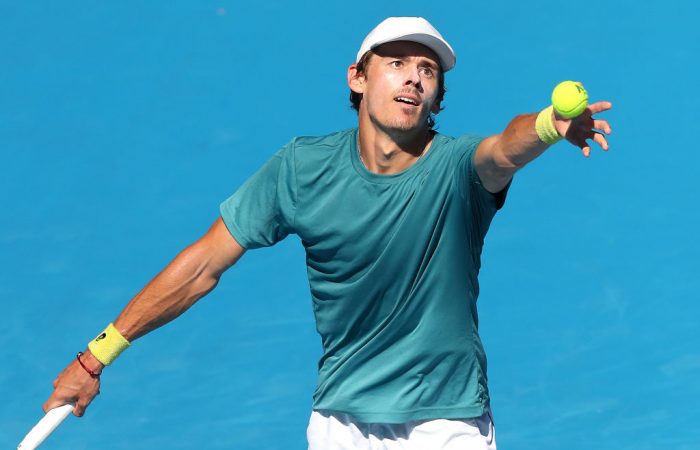 Buoyed by his steady improvements throughout a career-best 2022 season, Alex de Minaur brings both quiet confidence and burning ambition into his AO 2023 campaign.

Rather, a quiet passion burns for the 23-year-old Australian as he targets sturdy gains in both the shorter and longer term.

“I’m out there and I’m just trying to work on myself, try to keep improving. I’ve got my goals,” said De Minaur as he addressed media at Melbourne Park on Saturday.

“Ultimately what I want to achieve in life is to get the most out of myself, the most I possibly can. That way I can finish my career and be satisfied with the effort and the work I’ve put in.”

Few people could dispute the value of De Minaur’s outlook. Already a veteran of 21 main draw singles campaigns at majors, the Australian returns to Melbourne Park on the back of a career-best 2022 season, which included fourth-round appearances at both the Australian Open and Wimbledon.

There was also a sixth ATP singles title (in Atlanta) and a starring role in leading Australia to a runner-up finish in the Davis Cup Finals. And while describing himself as a “very chilled guy”, there’s no question that the Sydney-born player fervidly covets success at his home Grand Slam.

“I enjoy playing here in Oz,” said a smiling De Minaur, seeded No.22 in the men’s draw. “The crowds are always amazing.”

So too are the signs for the increasingly confident Australian, who launched his 2023 season with an upset of defending Australian Open champion Rafael Nadal at the United Cup in Sydney. It marked his first win over the prolific Spaniard in the four matches they’ve played.

“I think for a while now I’ve had the level that I know I can take it to these top guys,” said De Minaur, who also claimed a confidence-boosting win over world No.2 Daniil Medvedev late last season.

“Just recently I’ve had those wins to kind of back that and give me that confidence to know that I can do that often. I’m happy with where my level’s at, where I’m at. Hopefully I get more chances to play against these top…