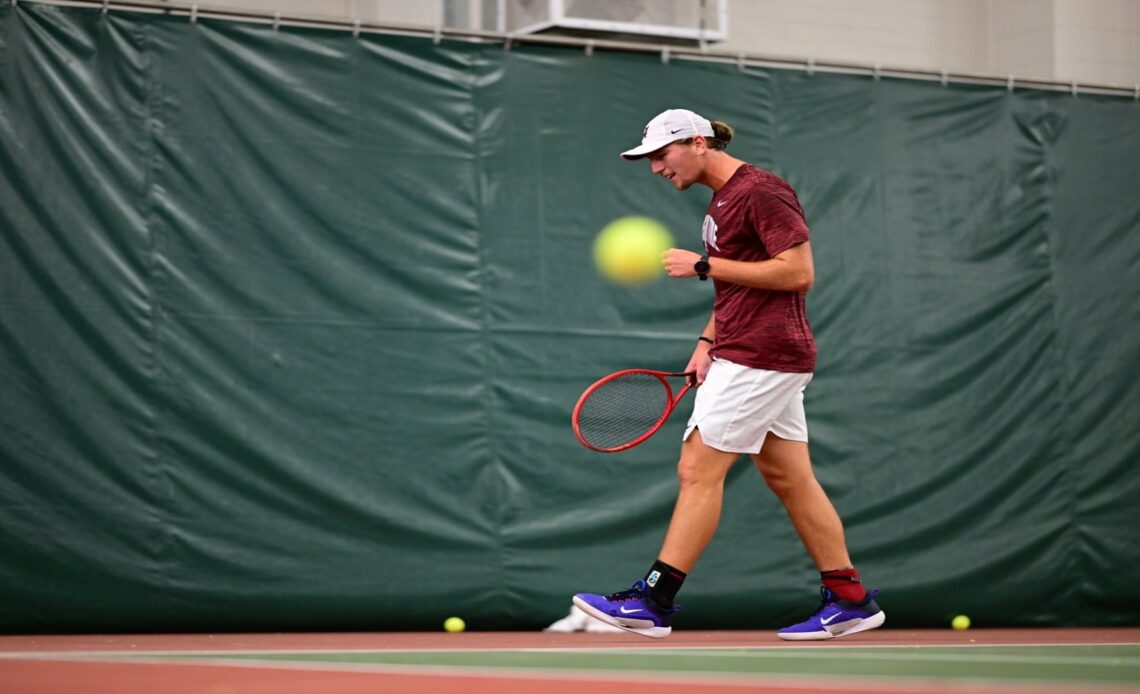 
TUSCALOOSA, Ala. – The Alabama men’s tennis program (4-0) picked up its second doubleheader sweep to open the 2023 campaign after beating both UAB and Chattanooga Sunday afternoon.

The Crimson Tide opened the day with a victory over the UAB Blazers (0-1). Alabama claimed the doubles point after Joao Ferreira and Zach Foster (6-0) won on court three, followed by a point-clinching decision on court one by Enzo Aguiard and Yair Sarouk (7-5). The Tide would go on to win four singles matches to secure the victory.

Alabama closed the doubleheader with a sweep over Chattanooga (0-1). Ferreira and Foster (6-2) won on court three, before Aguiard and Filip Planinsek secured the doubles point via a 6-3 decision on court one. The Tide would proceed to sweep all six singles matches to claim its second 7-0 victory of the season.