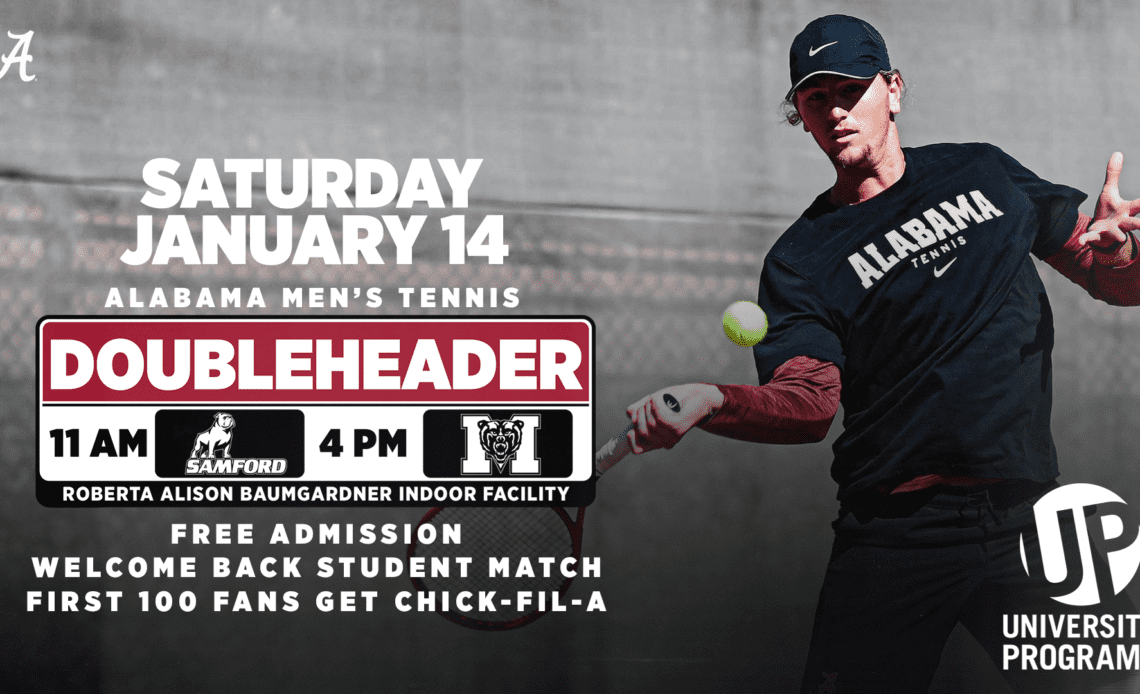 TUSCALOOSA, Ala. – The Alabama men’s tennis team opens the dual match season Saturday, hosting Samford and Mercer in a double header at the Roberta Alison Baumgardner Tennis Facility. The Crimson Tide will face the Bulldogs at 11 a.m. CT before battling the Bears at 4 p.m. CT.

Admission to all Alabama tennis matches is free. To welcome back the fans, the Tide will be giving out free Chick-Fil-A to the first 100 fans at this weekend’s matches.

Looking Back at the Fall