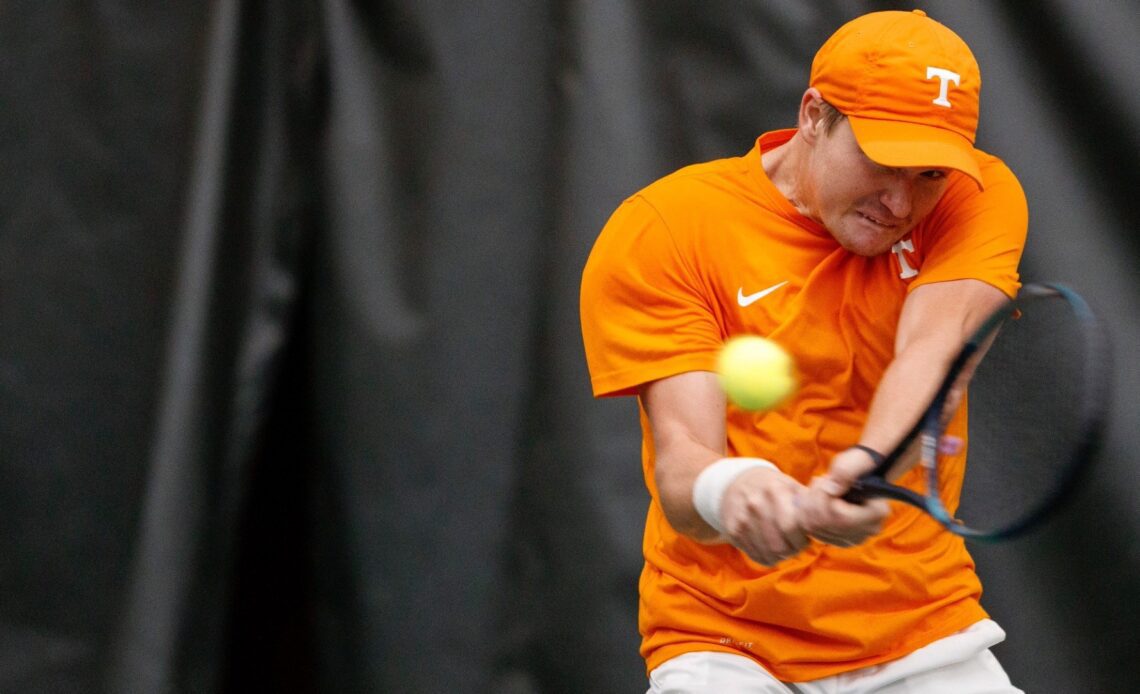 Tennessee (2-0) dropped just one singles set in the convincing victory, along with winning the doubles point for a second consecutive day. The first doubles triumph for the Vols came on court two, behind a 6-2 effort from Emile Hudd and Angel Diaz over Texas Tech’s Piotr Pawlak and Franco Ribero. The UT duo won 62 percent of that match’s total points, connecting on 80 percent of its first serves.

Not too far behind was the 6-4 win at No. 3 doubles from Johannus Monday and Blaise Bicknell, taking down the Red Raiders’ (0-1) Sebastian Abboud and Tyler Stewart. Shunsuke Mitsui and Pat Harper went unfinished on court one at 5-all.

Tennessee’s 86th-ranked Bicknell clinched the match for the first time as a Vol. His 7-5, 6-1 victory at the No. 4 singles spot over Stewart saw him get off to a double-break lead to begin the second set.

The first singles match to finish was 59th-ranked Mitsui on court one. Dropping just three games in his 6-3, 6-0 victory over the Texas Tech’s Reed Collier, Mitsui won 73 percent of the points in set two and limited Collier to just a 29 percent success rate, 5/17, on service points. Next in the singles order of finish was Diaz at the No. 6 spot. It was a 6-2, 6-2 win over Pawlak for the senior from Ecuador, playing at that sixth position for just the second time in his career.

Tennessee’s 13 combined team points Sunday and Monday mark the most points accumulated in the opening two matches of the year since 2018. It is also the first time logging 13 points in the season’s first two matches played against different opponents since 2016.

Tennessee hits the courts once again Saturday, Jan. 14 for a home double-header against Tennessee Tech. The morning match begins at 10 a.m. ET, followed by the succeeding 2 p.m. match.