#6 Vols Record a Pair of Sweeps Saturday Against Tennessee Tech 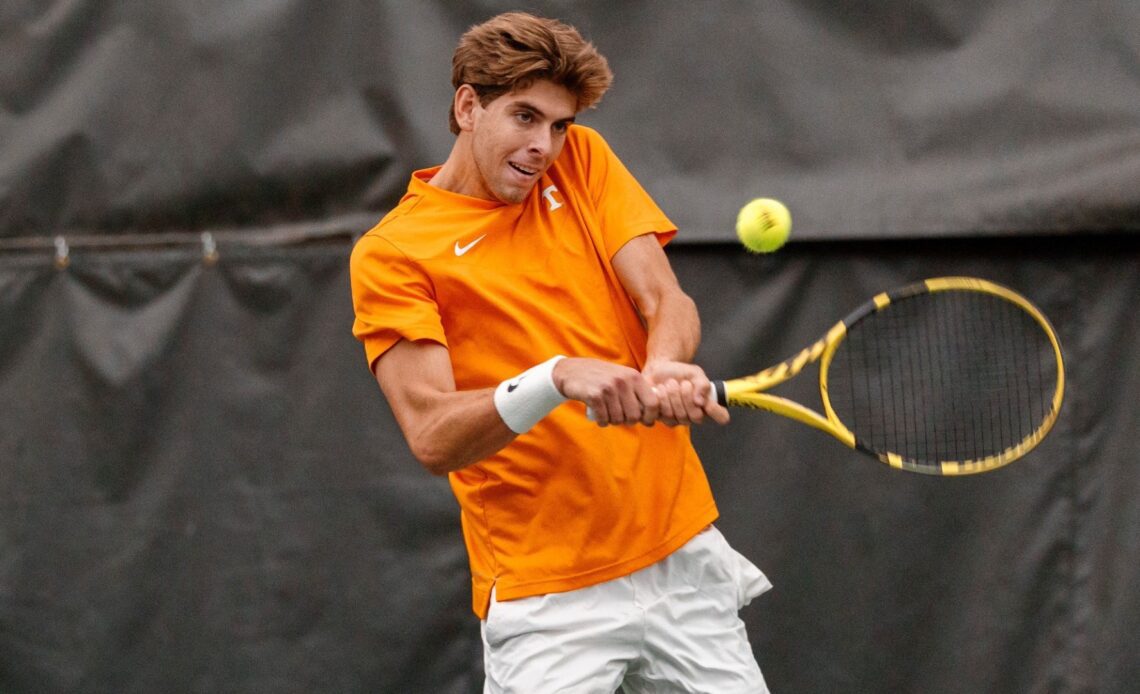 KNOXVILLE, Tenn. – Eleven points in all were earned by the No. 6 Tennessee men’s tennis team Saturday, logging a pair of sweeps against Tennessee Tech at Goodfriend Tennis Center.

Tennessee (4-0) took down the Golden Eagles by a 7-0 final scoreline in the morning match. Afternoon action saw the Vols cruise past Tennessee Tech (0-2) in a 4-0 sweep.

MATCH 1: Tennessee 7, Tennessee Tech 0
Tennessee’s Emile Hudd and Angel Diaz received a win by default at the No. 3 doubles spot, with the Golden Eagles being down a man. Johannus Monday and Martim Prata took down Tennessee Tech’s Evzen Holis and Jaime Paquet, 6-3 on court two. The UT duo broke on deuce point to go up 5-3 before clinching the doubles point.

On the singles courts, Tennessee’s Tomas Rodriguez received a win by default at the No. 6 position. The Vols added a third point as Boris Kozlov took a 6-0, 2-0, ret. decision on court five over Pol Masafret. Martim Prata clinched the match for the Vols by winning each of the first 10 games in his court-four victory, defeating Paquet in 6-0, 6-1 fashion.

MATCH 2: Tennessee 4, Tennessee Tech 0
Saturday’s afternoon match between the Vols and Golden Eagles began with Mitsui and Harper winning on court one, 6-2 over Berghaus and Grubert. Hudd and Diaz received a doubles win by default on court three.

Tennessee’s Harper received a win by default at the No. 6 singles slot, before Rodriguez logged a 6-0 first set win en route to a 6-0, ret decision on court five. Bicknell won 12 of 15 games to defeat Grubert 6-1, 6-2 at the No. 2 position. The win marked the first career win for Bicknell at No. 2 singles, improving him to 1-0 at the position. He holds a 33-0 career dual singles record.

NO GAMES DROPPED ON COURT FIVE

Despite both court-five singles matches being cut short due to Tennessee Tech retirements, Kozlov and Rodriguez combined for a 14-0 mark in games at that spot, each earning 6-0 first-set wins.

Tennessee travels north for a top-10 showdown against fifth-ranked Michigan in Ann Arbor on Thursday, Jan. 19 at 5 p.m. ET.