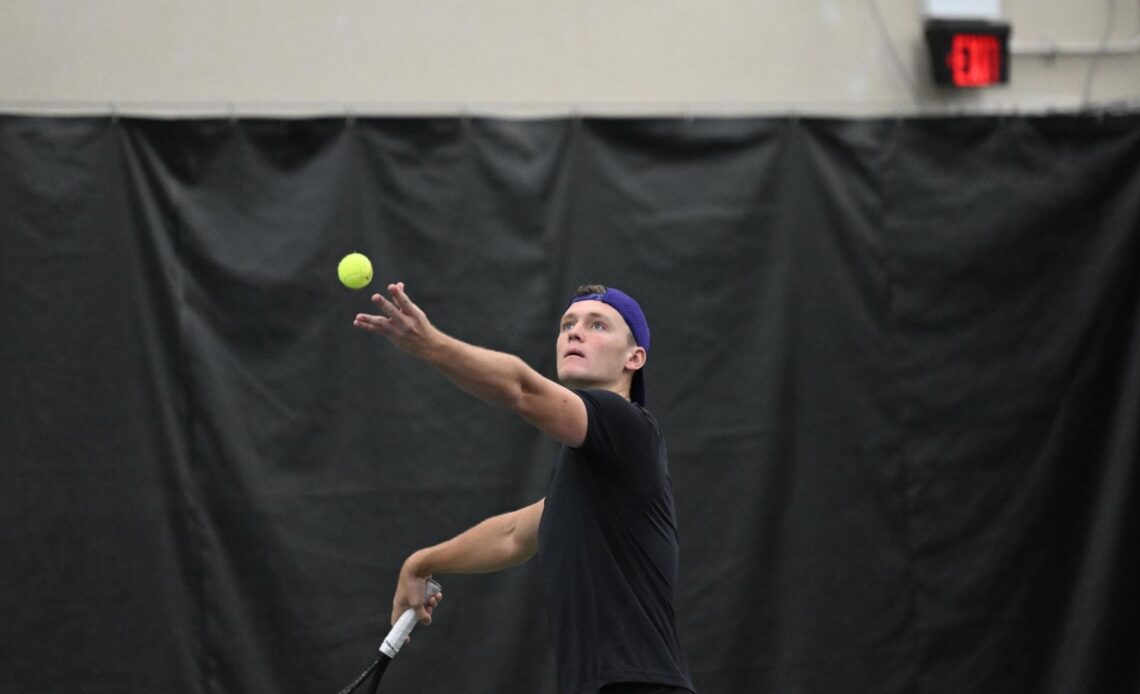 
EVANSTON, Ill. – No. 24 Northwestern men’s tennis makes its first road trip of 2023 when it travels to Louisville, Kentucky to take on the Louisville Cardinals on Sunday, January 20 at 11 a.m. CT at Bass-Rudd Tennis Center.

Northwestern’s trip to Louisville comes on the heels of a 3-0 weekend, defeating Notre Dame, No. 19 NC State, and Chicago State. The Wildcats swept Notre Dame on Saturday, before defeating NC State 4-3 and sweeping Chicago State on Monday.

Trice Pickens earned Big Ten Men’s Tennis Athlete of the Week, going 2-0 at #4 Singles and 3-0 in doubles with partner Natan Spear. Spear and Pickens picked up a 6-3 win over the 21st ranked duo of Rafa Izquierdo Luque and Joseph Wayand from NC State. Later in the same match, Pickens defeated Braden Shick of NC State 7-6 (7-5), 7-6 (8-6) to clinch the upset for the Wildcats.

The 3-0 weekend earned the Wildcats the No. 24 spot in the latest ITA Collegiate Tennis Coaches Poll. Ivan Yatsuk (#97) and Trice Pickens (#110) are also ranked in the ITA National Singles Rankings.

Louisville opened its season by defeating UIC (7-0) and Bellarmine (6-1) on Wednesday. The Cardinals boast four singles players (No. 25 Natan Rodrigues, No. 36 Fabien Salle, No. 42 Etienne Donnet, and No. 61 Matthew Fung) and two doubles pairings (No. 9 Rodrigues/Salle and No. 56 Will Mayew/David Mizrahi) in the ITA Rankings. The Cardinals went 19-9 in 2022, earning a berth in the NCAA Tournament before falling to Oklahoma in the First Round.

Following the match with the Cardinals, the Wildcats will travel to Ann Arbor for the ITA Kickoff, where they will face the Arkansas Razorbacks on Saturday, January 28. The next home match is Friday, February 3 against the Harvard Crimson.