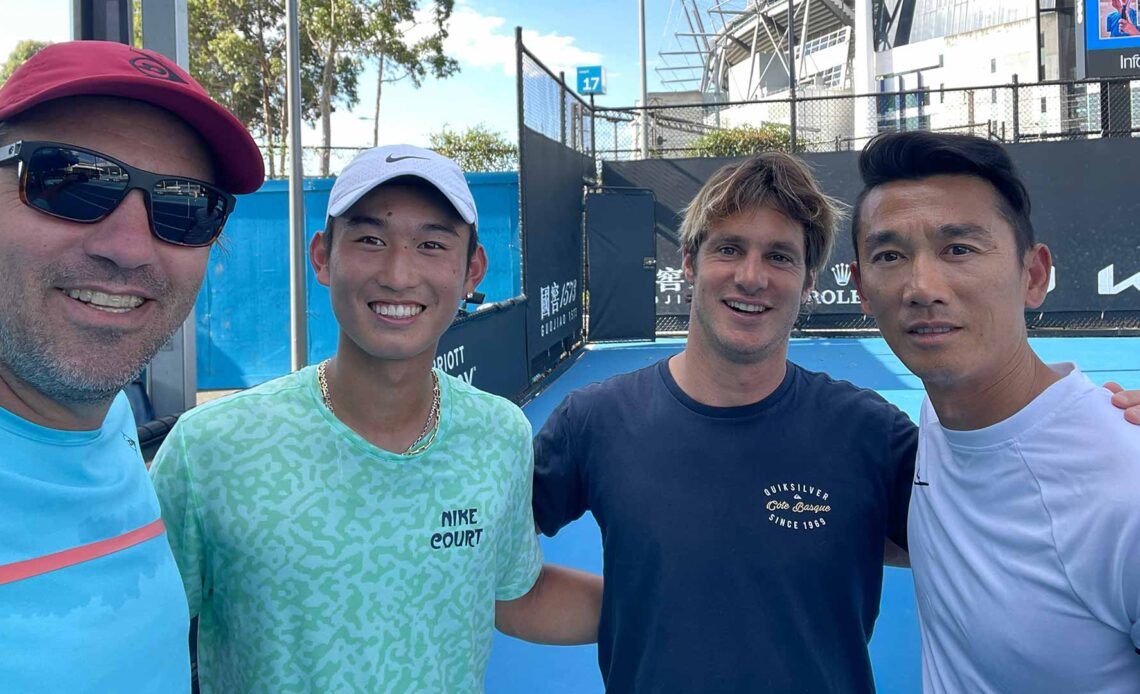 It was a historic 2022 for Chinese men’s tennis, and the country’s stars are showing no signs of slowing down. When Shang Juncheng qualified for the Australian Open on Friday, the 17-year-old ensured more national history would be made.

Shang, Wu Yibing and Zhang Zhizhen are the first male Chinese trio to compete in a Grand Slam men’s singles draw in the Open Era (since 1968) and the first in all of Australian Open history (since 1905).

“Those two are inspirations for me. They’re like older brothers and I think they’re doing really well for Chinese men’s tennis,” Shang told ATPTour.com. “They’ve inspired me a lot and they’ve been on the Tour longer than me, so it’s always good experience practising with them, talking to them, and I wish them all the best for this upcoming Australian Open.”

In September 2021, Shang had yet to earn a Pepperstone ATP Ranking point. Now the Chinese star is inside the world’s Top 200. ‘Jerry’ is the youngest Grand Slam men’s qualifier since 17-year-old Carlos Alcaraz at the 2021 Australian Open.

“I’m super excited to be here and I don’t think it’s a surprise for me. It’s obviously not in the calendar that I’ll be playing the main draw of the Australian Open when I’m 17 years old,” said Shang, who is being coached by Dante Bottini, the former coach of Kei Nishikori and Grigor Dimitrov. “I’m just very excited for this opportunity to be able to play qualifying and have the chance to qualify. I’m very excited for what’s coming next.”

Juncheng Shang and team” />
Shang Juncheng and his team at practice in Melbourne. Photo Credit: Dante Bottini
The teen, who claimed his first ATP Challenger Tour title last year, is happy with his accomplishment, but eager to continue his climb.

“For me right now everything is about learning. I’m just trying to enjoy every moment on the court,” Shang said. “Every point is an opportunity for me to improve, so I just hope I can try my best and do my best to win.”

While Shang successfully qualified for a major on his first attempt, Wu and Zhang both competed in last year’s US Open main draw. Wu is happy to see his countrymen in the field.

“I think they also have their chances. Little Jerry had a very good round in qualies here in Australia and hopefully he can keep going and show the world how Chinese young men are,” Wu said. “And for Zhizhen, we have known each other for a long time and he’s got his weapons, but…